Meet the experienced and friendly doctors who make Louisiana Family Eyecare the leading provider of vision care products and services in Covington. 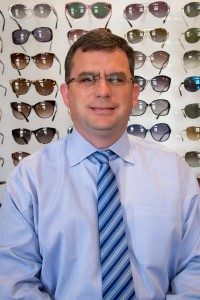 Doctor Anastasio is originally from Gretna, LA. He graduated from Brother Martin High School in 1993. He attended University of Southern Mississippi and graduated in 1997 with as B.S. in Biology. He received his Doctor of Optometry Degree in 2001 from Southern College of Optometry in Memphis, TN. He presented a poster on Stardgart’s Macular Dystrophy at the American Optometric Association (AOA) annual meeting in 2001.

Dr. Anastasio is an currently an active member in the AOA and Optometry Association of Louisiana (OAL). He served two terms as chairman of the Northshore Optometry Society. He is an active member of the OAL board and served as President from 2011-2012. He also served as co-coordinator for the InfantSee program in Louisiana. He received the OAL’s Young Optometrist of the Year for 2007-2008. In 2010, Dr. Jeff received the Dr. W. David Sullins, Jr. InfantSEE Award which recognizes an individual doctor of optometry who has made significant contributions to optometry or his community for outstanding public service involving the InfantSEE program. In 2014, he received the OAL’s President’s Award.

In August 2004, he started his fulltime practice, Louisiana Family Eyecare, in Covington. He worked at and served as Optometry Clinical Director at the St. Thomas Community Health Center from 2006-2009. Dr. Jeff is an active member of Duck’s Unlimited. In his spare time, he enjoys spending time with his family, hunting, fishing, and training Labrador Retrievers. 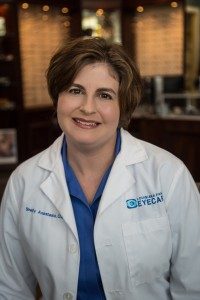 Dr. Anastasio is currently an active member of the American Optometric Association (AOA) and Optometry Association of Louisiana (OAL). In 2004, she started at Lousiana Family Eyecare. In 2007 to 2009, she worked part time at the St. Thomas Community Health Center in New Orleans. 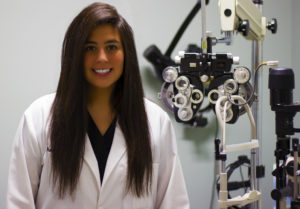 Doctor Amy Puerto, O.D., FAAO, grew up in Kentucky and attended Bellarmine University in Louisville, KY where she earned dual degrees in Political Science and Communication. She received her Doctor of Optometry from Southern College of Optometry in Memphis, TN where she served as Class President and American Optometric Student Association National Trustee. Amy was bestowed membership into the Gold Key International Optometric Leadership Honor Society (a recognition reserved for the top 10% of each graduating optometry class) and previously served as the organization’s international president.

Dr. Puerto completed a highly-competitive residency in Family Practice at the Bond Wroten Eye Clinics in southern Lousiana. During her residency she gained extensive experience in the treatment and management of glaucoma, retinopathy associated with systemic diseases like hypertension and diabetes, neuro-eye diseases, binocular vision issues and learning-related vision problems, pediatrics, myopia control, and hard-to-fit contact lenses, including scleral lenses. She also participated in the co-management of cataract surgery and various refractive procedures such as LASIK and PRK. Dr. Puerto is also trained to preform minor surgical and laser procedures in the treatment of specific eye conditions. Dr. Puerto is often selected to present research and posters at national optometric conferences. She is also recognized as a Fellow of the American Academy of Optometry (FAAO). Dr. Puerto brings a strong foundation to primary care eye care along with her other interests treating and managing dry eye disease and fitting specialty contact lenses.

You can schedule your next appointment with us online!